Shopaholics are getting a new way to spend their hard-earned money today. MasterCard announced what they’re calling MasterPass. It’s essentially a digital payment service that will tacked on to the company’s current PayPass system. MasterCard made the announcement today during Mobile World Congress in Barcelona.

MasterPass will support NFC, QR codes, and tags on a number of mobile devices at the checkout line in stores. Whereas MasterCard’s PayPass only supported NFC, thus restricting many mobile devices that don’t have NFC from using the service. However, with this MasterPass extension, more mobile devices can join in on the fun using other forms of communication.

MasterPass also includes new functionality that allows shoppers to scan a product barcode while in the store aisle and make the purchase right there within the store’s app. Banks, merchants, and partners can offer their own branded wallets in the MasterPass app as well, and they will include cards other than MasterCard.

Of course, this is essentially MasterCard’s answer to Google’s Wallet service and PayPal. The ability to display QR codes makes it easier for more smartphones to act as a digital wallet, even devices that don’t have NFC on board. MasterPass is expected to launch sometime next month in Australia and Canada, with launches in the US and UK following shortly after. 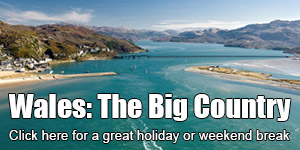